A baseline study was conducted for the Liberia WASH Consortium’s “Multi-sectoral response aiming to improve nutritional status of children under 5 years of age in two counties of Liberia” programme to identify communities’ behaviours and practices in FSL, WASH and Health.
Author: Cornelia Aton, Clemence Bouchat 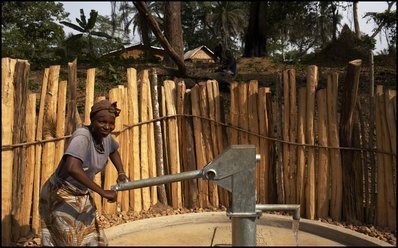 This baseline study was conducted at the start of the Liberia WASH Consortium’s Irish Aid-funded programme to determine baseline values and start the collection of evidence for advocacy. The intervention is being led by Action Against Hunger Liberia in collaboration with Concern Worldwide and Water Aid Liberia in two countries, Grand Bassa and Montserrado. The main objectives of the baseline study are as follows:

The baseline began with a review of the formative research that formed the basis for the project design, in order to develop data collection tools that reflect the results framework and causal pathways identified in the research. The Action Against Hunger Liberia office facilitated data collection through household surveys, surveys with community health volunteers and focus group discussions with vulnerable community members. Further key informant interviews were conducted with programme and technical staff across the consortium. Data was analysed using thematic coding and Excel. The reporting phase included a validation workshop with the entire consortium.