First Wave of the 2016-17 Cholera Outbreak in Hodeidah City, Yemen 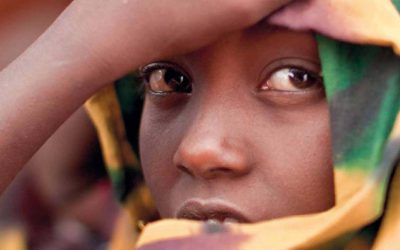 Although cases were reported only in 2010 and 2011, cholera is probably endemic in Yemen. In the context of a civil war, a cholera outbreak was declared in different parts of the country October 6th, 2016. This paper describes the ACF outbreak response in Hodeidah city from October 28th, 2016 to February 28th, 2017 in order to add knowledge to this large outbreak.

Methods: The ACF outbreak response in Hodeidah city included a case management component and prevention measures in the community. In partnership with the Ministry of Public Health and Population of Yemen (MoPHP), the case management component included a Cholera Treatment Center (CTC) implemented in the Al Thoraw hospital, 11 Oral Rehydration Therapy Corners (ORTCs) and an active case finding system.

In partnership with other stakeholders, prevention measures in the community, including access to safe water and hygiene promotion, were implemented in the most affected communities of the city. Results: From October 28th, 2016 until February 28th, 2017, ACF provided care to 8,270 Acute Watery Diarrhea (AWD) cases, of which 5,210 (63%) were suspected cholera cases, in the CTC and the 11 ORTCs implemented in Hodeidah city.

The attack rate was higher among people living in Al Hali district, with a peak in November 2016. At the CTC, 8% of children under 5 years-old also presented with Severe Acute Malnutrition (SAM). The Case-Fatality Rate (CFR) was low (0.07%) but 15% of admitted cases defaulted for cultural and security reasons. Environmental management lacked the information to appropriately target affected areas. Financial resources did not allow complete coverage of the city. Conclusion: Response to the first wave of a large cholera outbreak in Hodeidah city was successful in maintaining a CFR