Posted: Feb 6, 2019
Link NCA is a participative, quantitative and qualitative method for identifying the causes of under nourishment and promotes the implementation of adapted responses by all organizations involved in fighting against malnutrition. 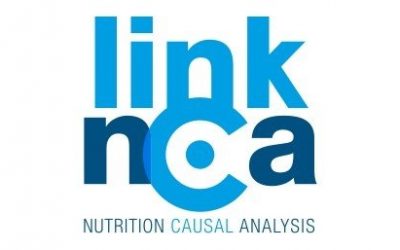 A nutrition causal analysis (NCA) is a method for analysing the multicausality of undernutrition, as a starting point for improving the relevance and effectiveness of multi-sectoral nutrition security programming in a given context. Though there is an increasing global convergence around a well-defined package of ‘essential’ nutrition actions (A,B,C), implementing ‘off-the-shelf’ solutions without attention to the barriers and opportunities inherent to a specific context will often hinder the uptake and impact of any standard intervention.

“It is important not to interpret this framework as a predictive model. Its deliberate lack of rigid limits or boundaries leaves room for different models to be developed in different contexts. The framework primarily helps in asking relevant questions in the development of such models.”

Methods and practices for estimating the prevalence of undernutrition and its public health significance are quite well established (see figure 1.1, step 1). While many different types of analyses of the causes of undernutrition have been implemented using a wide array of methods, routine assessment of undernutrition causality has been fairly limited among operational agencies working in nutrition. In part because undernutrition causality is multi-factorial, complex to capture, and specific to a local context, no standard Nutrition Causal Analysis (NCA) method has emerged. The lack of a structured method has further constrained operational agencies from carrying out this type of assessment as part of a typical programme cycle, and has led to results of varying quality. According to Levine and Chastre, the “quality of situational analysis can be very diverse. It is almost as if the UNICEF conceptual framework is used for programming as an actual causal chain for every situation(J)”. As a result, causal analysis at a local level is often weak, relying more on assumptions rather than evidence.

Studies that have attempted to ascertain the causes of undernutrition are also typically constrained in their usefulness due to some of the following reasons: